Born and raised in Karlskrona in southeast of Sweden. He is educated at Malmoe Academy of music and GIT at Musicians Institute in Los Angeles. Pelle lives in a small village namned Åkarp near Malmoe.

He is the leader of the instrumental fusion band PHG. Read more about PHG here.

He has also played guitar in musicals such as Chess and Little Shop of Horrors. If you want to hear him in Podcast talking about guitars, practicing and so on just scroll down and listen to Guitar geeks or Guitar Zombie podcasts.

Pelle has worked as a guitar teacher for many years. He is teaching at Malmoe Academy of Music and Furuboda Folkhögskola. 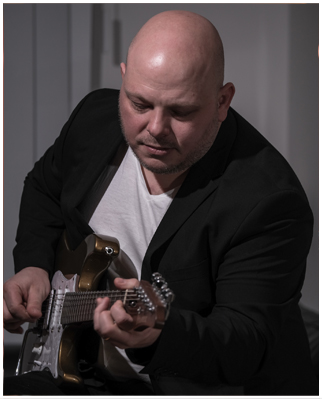